Contained here are eight reviews: five tapes and three 7 inch singles. Scum Mecca is the name of the column, an irregular feature on Crawlspace’s schedule. This is the second. Cooper Bowman writes it. This month the column covers the Charles Ives Singers, Skrogen, Sprot, Threads, TLAOTLON, X in O, Mad Nanna and a compilation. We’ve provided audio samples and images where possible, but most of the time it wasn’t possible. Sorry.

This absurdist group, led by Victor Meertens, has in my experience maintained no distinct direction and Unbuilt possesses a similarly disordered sense of navigation. On the first excursion, vocal scats n’ bloops move around horned instruments, building into a chaotic melee with the addition of an abused drum kit. Obviously a disjointed organ ditty follows. As does what appears to be Meertens doing his best auction caller in the background, his voice eventually mutating into a demented didgeridoo squall. Unbuilt continues in this typically disorderly and disorienting fashion for its 63 minute duration. CIS are not incarcerated by the conventions of melody nor common sense. However, as nonsensical as it all sounds, you can’t help but see that serious consideration has gone into its creation. The very fact that three people have all had this same thought is a bloody miracle, let alone found each other and committed the results to tape. 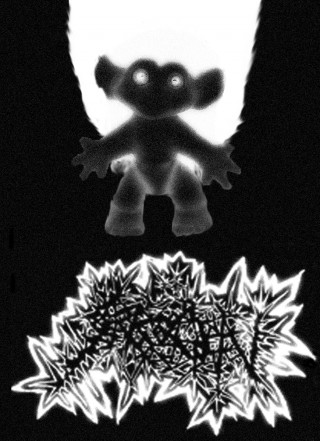 Bunyip Trax is an elusive tape and CD-R label cultivated around the core nucleus of Joshua Petherick and Christopher Hill and the numerous groups in which they find themselves. Rather than the dense tape composition and atmospheric electronics usually found on BT, Skrogen is ball-busting grind-noise. Think Warsore, but more de-evolved, mutated and feedback saturated. Hill serves in a screaming and raving vocal faculty here, accompanied by Sean McMorrow on geet and Tom Miller on the cans. This is all there exists of the band. No shows and no signs of any future recordings. Another barely discernible footprint… 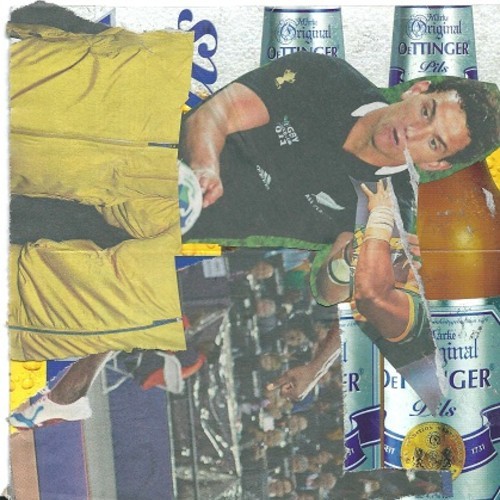 The a-side “single” is all bass and cymbal engulfed in a swirl of electricity and what could be (but knowing those involved probably isn’t) vocals. This is as anthemic as Sprot will probably ever sound. The other side is closer to the seared electronic murk that I was expecting based on Sprot’s previous slew of CD-R releases on Breakdance The Dawn. Sounds like an old Corolla that won’t start no matter how many times you try to gun the ignition. My turntable doesn’t have 78 as an option so I can’t vouch for that, but both speeds on offer cause some distinctive, although equally pleasing, sounds to come out. Honestly, I’m just stoked someone had the sense to front up the cash to put Sprot on wax, good on ‘em. 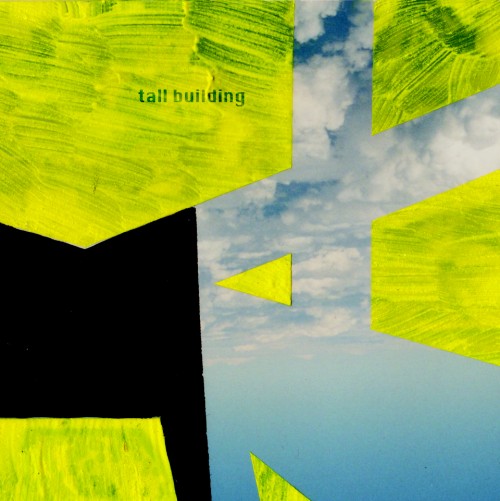 This an extremely limited (twenty bloody copies) lathe-cut of a Brisbane duo comprised of Sandra Selig (Primitive Motion) and Stuart Busby (The Deadnotes). ‘Constellation’ begins in a dark enough manner, with trumpet, bass and distant reverbed drums dominating. ‘Elevator’ is extraordinarily brief, the sounds employed reminding me some of the squawk occasionally emitted by Sky Needle. The title-track is similarly concise and seems like more a sketch than a fully-considered song. Perhaps it’s Selig’s dominant vocals, but something about Tall Building might be a little too ‘nice’ to fully engage me. It doesn’t grab me in the same immediately vital way as the duo’s other projects. I’m sure there are plenty of people out there in 100% organic cotton shirts who’d argue otherwise though.

While it was briefly based in Melbourne, Dungeon Taxis was probably the best tape label in Australia. From its new home in Brooklyn (the American one, not the one north of Sydney) comes a new batch of audio produce. TLAOTLON is a project helmed by Jeremy Coubrough that actively resists being simply defined. Coubrough forcefully collides sounds from dance, acid and experimental music in a startling original manner. ‘On The Trail’ builds an off-kilter rhythm out of ethnic-drum machine sounds, misfiring synth stabs and clattered bells. Whereas ‘Fingering Tyrants’ eschews melody altogether in favour of a layered swirl of punchy kick drums, electronic squeaks and portamento synth patterns. No matter which approach Coubrough takes, he nails it. Easily one of the most unique and consistently engaging tapes released last year. 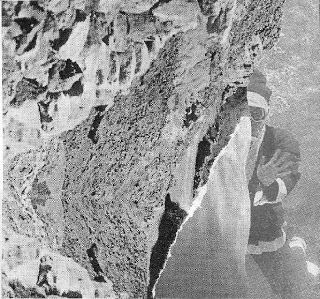 Golden Children is a relatively large-scale compendium of communiqués from several of the satellites orbiting planet Crowbar. There are numerous projects I was already familiar with; the astral synthscapes of Hyperspace Vision, Mshing’s harsh spew, the tape-concrete insanity of Oranj Punjabi and VDO’s dictaphone collage pieces among them. There’s also a slew of new names, some of which are most likely one-off projects, for instance the hilariously named Sepultra, that provide some of the tape’s best moments. The (possibly bootlegged) addition of US group Monopoly Child Star Searchers adds a further curveball. Some serious consideration has gone into the sequencing of Golden Children, it successfully flows as a single totality of consciousness-altering music. As a result it can be difficult to work out what you are actually listening to half the time, but knowing where you are isn’t really necessary when the environment is so appealing.

Apparently X in O is Kate Martin, one of the gals from Stag and presumably numerous other Brisbong bands. On ‘You’re My Satellite’ and ‘Solid’, Martin employs minimal drum machine and saccharine key sounds, often with a clubbish low end buzz underneath to good effect. However, the guitar strumming and woodblock sounds of ‘Spiralise’ slip over the wrong side of the precipice of twee. On the flip, ‘Total Recoil’ moves closer to a soundtracking style, followed by several more key-heavy tunes before ‘Hammer And Popsicle’, a mulch of digitised noise, interrupts. It would be lazy to draw a line between X In O and Scraps due to their shared geography and instrumentation, but there is definitely some mild cross-pollination going on. X in O is a mixed bag to be sure, some fine moments and others that are too easily relegated to the limited confines of ‘casio pop’.

Initially I thought this was just a re-release of Mad Nanna’s Unwucht single from last year and stalled slapping my hard earned down for it. However, if you remember my review of the previous 7”, I noted that part of Mad Nanna’s charm was that each time they play, the songs become instilled with a unique quality.  Someone else obviously agrees ‘cause these are the same two songs from the earlier rec, just with their order reversed and appearing in different forms. Both are recorded live at dive bar blackhole, IDGAFF, sometime in recent history. ‘My Two Kids’ rocks a little less messy and ‘I’m Not Coming Here’ is a smidge more decayed and terse this time around. Probably not everyone needs to own this, but anyone who does already knows who they are.