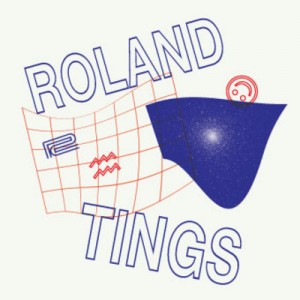 Roland Tings is the work of Melbourne’s Rohan Newman. I’m not sure how long he’s been doing his thing, but long enough for Not Not Fun offshoot 100% Silk to have released his first 12″, which is called Milky Way. His music is definitely a comfortable fit on that label, this being pretty traditional, race-for-the-prize house: slinky and sophisticated, all glistening and shiny and neon lit. There’s nothing brittle about it. Built to last.

I kinda like the first track on the B side more. Entitled ‘Polo Sport’, I especially like how the 4/4 lingers in erstwhile silence at the end, like a pulse that has broadcast somewhere in space for aeons. All the other weird stuff is just a four-minute phenomenon, never to happen again. Aliens? Actually, yes. But not angry ones.