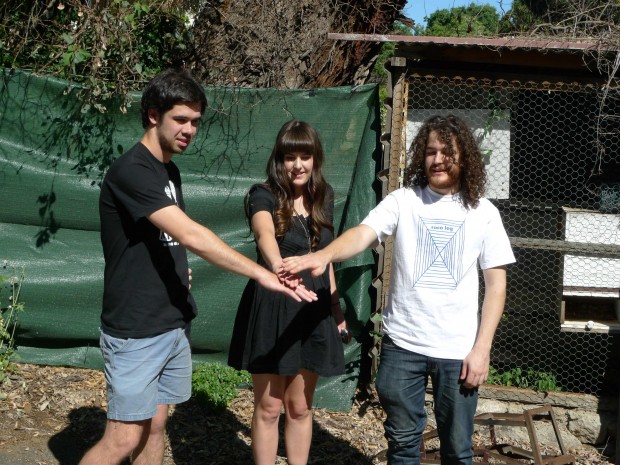 Taco Leg were going to be called Brick Apples. Instead they settled for an equally idiotic name, lifted from Michael Azerrad’s Our Band Could Be Your Life, a book about 13 US indie bands from the ‘80s who didn’t have much success of their own, but were influential to those who followed. If you’re at all familiar with the shabby punk three-piece, originally from Perth and now based in Melbourne, you’ll probably guess that front man and band core Andrew Murray would have read the book because of the chapters on Beat Happening and Black Flag.

Murray has an equally disdainful attitude toward technical skill and songwriting as the former Olympia band, and his preoccupations with broadcasting are embodied in the latter California band’s ‘TV Party’. But, alas, Taco Leg’s name comes from a chapter on the Butthole Surfers. Not that they’re fans or anything. It was just a serendipitous chain of events that lead Murray and original guitarist Simon Morrison to realise they were reading the same book, at the same time. They wanted a title with two incongruous words put together, and that one fit.

See, there isn’t much sense to the band trading on ineptitude, and that seems to piss a lot of people off. Local music forum perthbands.com went nuts when its dyspeptic members took offence to the announcement that Taco Leg won a government grant to tour the US in 2010. Even Crawlspace’s Shaun Prescott meant it when he called their self-titled album debut “the most superfluous work of art you’ll hear in 2012 and easily the year’s shittiest album”. Yet, there are still people who fucking love them.

Philadelphia punks Clockcleaner were instrumental in connecting Taco Leg with Baltimore’s Fan Death Records, who swiftly released their Freemason’s Hall / Sunbathing in Squalor 7-inch in 2009 and the LP this year, while Richie Charles Jr himself put out the Printed Gold EP in January. Even back home, local musician and Golden Staph producer Wil Hooper has a slightly embarrassing tattoo of a Taco Leg t-shirt design on his bicep because, in their own awkward and obnoxious way, Taco Leg are actually quite brilliant.

But let me clarify, if by brilliant you’re thinking skilled, organised and gifted then, no, they’re not brilliant. But if you imagine it as a band that distils the ordinary everyday into something equally as crude and banal, while singing (badly) about Gossip Girl, architecture and feeling hot, in an overpowering Australian accent, then Taco Leg is bloody genius.

How do you feel about people referring to you as a shitty band?
I refer to it myself probably as a shitty band. It’s like a shitty band, I guess, if you’re thinking about the concept of a band. But as an actual group of songs and as a band that performs music, I think we’re pretty good, if I say so myself [laughs]. You know, we don’t really practice and we rarely play now. We don’t really mind what instruments we’re playing and we’ll just do whatever. So, in terms of being a band that you tell your friends in high school about, they’d think we were shit. But I think we’re really good. I think the songs are good.

I was thinking a lot of people might interpret your sound as ironic. But that’s a bit gauche for you isn’t it?
It’s not really ironic, I don’t think. I spend a lot of time coming up with the songs; thinking about them and everything. It’s just simple. Having a band is nice: it’s good to hang out with your friends, it’s really fun to play music and I can’t be bothered spending that much time on it, plus all of us are really busy with other jobs and stuff so it makes sense to streamline everything. The lyrics, they’re just about whatever I think about. It’s not trying to tell anyone anything. We don’t have a political agenda or broken hearts. It’s just whatever I’m interested in or whatever I like.

Is there any element of being reactionary in the way that you behave?
Maybe to begin with. Because the Perth music scene, while good, was a little bit boring. It was like people would just stand there and play. I thought there were other ways to be a band. You can be a little bit more silly and have a bit more fun with it. It’s not like I’ve ever really reacted against anything. It’s more just like, “I really like the bands that play like this. This is what I like and this is what I can be bothered spending time on, so let’s do it. It’s great” [laughs].

But you also love Taylor Swift and you used to be a Lady Gaga fan.
Yes.

How do they figure in your music?
I think it’s just pop music. I just really like songs that have good… they’re just good song writing, they’re really catchy. I think I try to make Taco Leg songs pretty catchy or have a good memorable riff or whatever, something that I’d like to listen to. That’s probably where it comes from, the pop influence. It’s more like straight to the point. It’s mostly a hook that’s building up to something. That’s why I don’t like Radiohead or Throbbing Gristle, or something, because I just want to listen to good, solid music with fun hooks and melodies that you can sing along to. 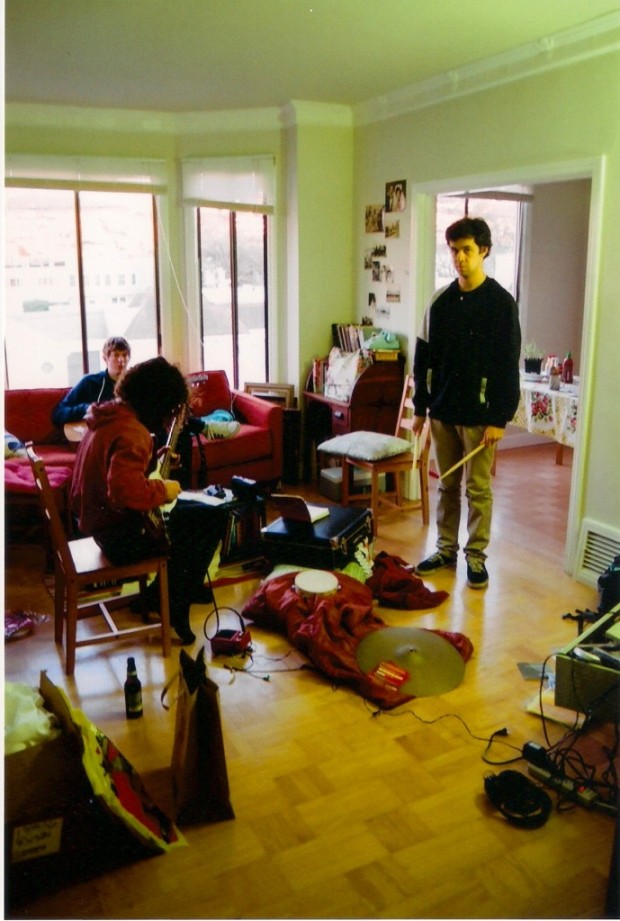 So you’re not into electronic or experimental music?
I like some of it and I like seeing it but mostly I don’t listen to it. I’d prefer to listen to something fun, something happy, with a hook. If I wanted to spend a lot of time getting theoretical, exploring myself, I’d probably write better records.

So you’ve got no insecurities? It doesn’t sound like you’re doing much soul-searching.
I’ve got issues to deal with but they’re mostly not through song writing. I don’t know. I wouldn’t say I’m self-obsessed. I just have a good time and I like to be positive all the time.

That’s a lot of pressure to put on your self.
I’ve got nothing to complain about. I have a very comfortable, nice life with a lot of good stuff in it. I’m completely happy with who I am as a person and my upbringing.

But then you’re eschewing social norms by liking stuff that the majority might hate.
That’s just what I’m interested in. I don’t like it just because people hate it… I started thinking about it in terms of architecture [laughs].

That’s okay, go on.
Well, I was going to say the kind of architecture that I’m interested in tends to be maligned but I don’t like it because it’s bad. My favourite architect, he takes pride in the fact that in this review of his buildings, they were called ‘ugly and ordinary’. But his buildings aren’t ugly and ordinary, it’s just that maybe people are used to a different set of values, because actually these buildings are really good. They’re really well thought-out, they work well and they fit within their context. He tried really, really hard obviously but most people, like at my uni, are not into that architect. But then other people are – a lot of people. But a lot of people look at it and think that it’s horrible. So, I don’t know, I’m just making music that I like.

If suddenly everyone was like, “fuck yeah, Taco Leg” and started inviting you to massive mainstream events. How would you feel about that?
I’d love it! I think that’d be fantastic. It would be really good. Everyone loves it when people like the things that you do creatively and if someone was like, “hey I really like what you do, I want to put you on a Levi’s Jeans ad” or something, not that Levi’s even advertise… Nike! I would say yes. I’d be flattered.

Do you like Bikini Kill?
Yeah, of course, they’re sick.