Here’s the first material you’ll hear from Brainbeau’s forthcoming debut LP, After The Brainstorm. My first Emotion upon watching this clip was: thank goodness for the colours. I haven’t heard a great deal from this Brisbane duo so the fidelity displayed here comes as a bit of a surprise, especially in light of Kat Martian’s X in O project, which is considerably rougher but very dreamy indeed. After a recent Brainbeau show in Sydney I left a bit ambivalent because it sounded a bit too… indie? A bit too gentle and pastel and whimsical? Well, that may still prove the case but ‘Vat Brained Visions’ is promisingly strange. 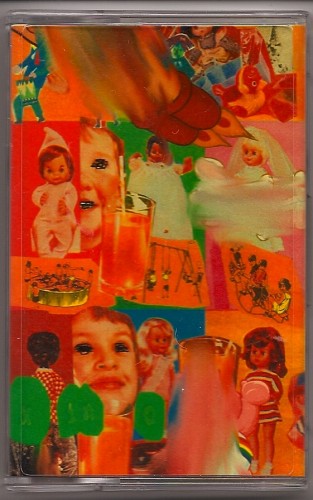 As we’ve pointed out before, X in O is the solo project of Brisbane’s Kat Martin, who also plays in Brainbeau. She has a new self-titled tape available through Albert’s Basement, and ‘Sad’ features on it. It’s a short and tragic instrumental – quite at odds with the previous material we’ve featured. Listening to ‘Sad’ is like finding a music box you listened to as an infant, except now its mechanisms are lurching towards death and the otherwise optimistic melody it used to loop sounds somehow bereft. This music is for all the times you stare at the wall and hope nothing really, really bad becomes of you. 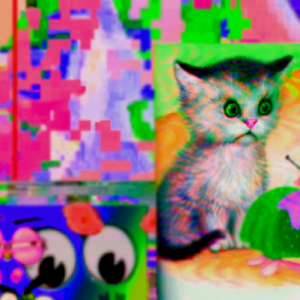 This is a very strange and syrupy new track from Brisbane’s X in O, which is the solo vehicle of Kat Martian, who also plays in Brainbeau, Stag and Shooga, among others. According to her Facebook blurb, X in O “is obsessed with detritus and the unloved”, with the main concern of her music and art being “the reinvention of discarded materials”. I’m not sure what is being reinvented here, but it’s true that ‘Spiralise’ sounds like a screwed-up, slowed down and anaesthetised children’s television program intro, the synth lines glazed in fluorescent coloured ooze.

If you’re in Melbourne on October 28, you can see X in O perform at the Ladyz in Noize Australian compilation fundraiser, which will also feature performances by Bonnie Mercer, Lancer, Bleach Boys, Military Position, Onion and DJ Fuck Pokeno. Event details here.