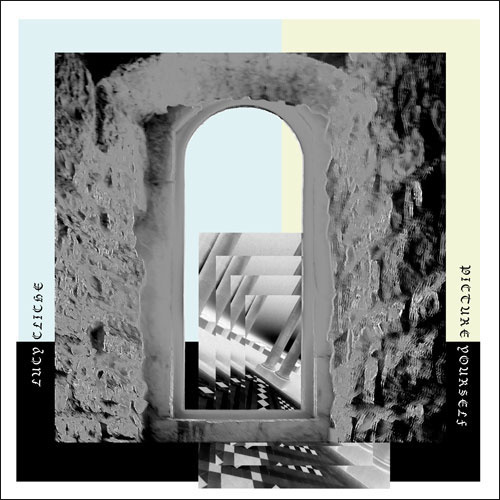 We wrote a while back that Lucy Cliche – aka one half of Half High, Knitted Abyss and Naked on the Vague – was preparing to release her first debut album. Now we can report that said album is officially released. Entitled Picture Yourself, it’s available in both digital and cassette format, and it’s interesting how different the record sounds depending on the format you choose. While the songs retain a dreamy goth atmosphere across both formats, many of the sharper and rawer electronic sounds are softened on cassette, and it makes an astonishing difference to the overall mood. It’s almost like night and day.

I want to write something about this record at greater length one day, but in the meantime you should stream the album below and see what you think. More urgently, you should go see Lucy Cliche play alongside Lakes, Justin Fuller and MOB at The Square in Sydney this Saturday night. The show has been organised by the very organised and nice folk from FBI’s Ears With Ears. Check out the poster below the embed. Lucy Cliche and Lakes have released two of the better albums of the year, and MOB is likely to release one of the best albums of 2014, so it’d be really stupid not to go along.