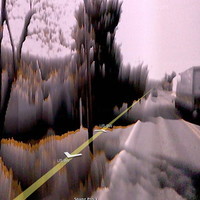 Here’s a new track from self-described “loser concrete” vendor Horse MacGyver. It’s called ‘#WHY ARE THEY being PUNISHERS?’ and it appears on a new, official Horse MacGyver website, the existence of which hopefully marks an upswing in activity from the Canberra / Melbourne / Internet artist. I’ve contacted him for an interview, so hopefully we’ll have a bunch of facts soon.

Horse MacGyver also released ‘Chalk Back Drive’ a little while ago, so if you haven’t heard it yet you should.