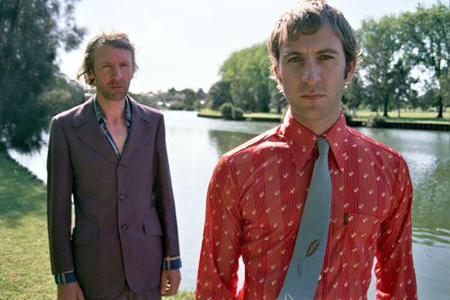 It’s been seven long years since we’ve heard from Sydney’s Rand & Holland. Their last release was Caravans in 2006, and after stopping regular gigs around the end of 2007, they re-emerged last year in a very different form indeed, embracing a darker, more drawn out, and frankly apocalyptic sound that has far more in common with Swans than the folk-infused songwriting you’d probably expect from them. The recent shows have been incredible, and let’s face it, far too rare.

Hopefully that will change soon, because Rand & Holland have a new record ready. It has an uncertain release window (I’ve heard it though, and it’s very good), and the track above features on it. ‘My Halo’ isn’t wholly representative of the band’s newer material, but be forewarned: nothing on the new record sounds like their older stuff. That said, this short drone piece is an outlier. You’ll have to wait and see, but rest assured the wait will have been worth it.