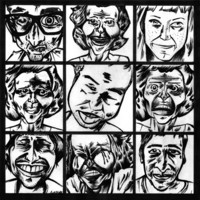 I’ve only seen Housewives play once – at Black Wire on the Parramatta Road – and I was definitely drinking a longneck at the time. It’s pretty safe to say that Housewives is a good band for drinking longnecks to. Some may contest that a band like this would struggle to resonate without the availability of longnecks, but ‘Lick The Pip’, from the group’s forthcoming debut 7 inch, proves that this isn’t the case, because right now I’m drinking a cup of tea.

Anyway, this group features members of Ghastly Spats, and have a reputation around town for being loud and obnoxious. We have an interview coming up soon with the band, so by the power of journalism we’ll know for sure. Speaking of journalism, the vocalist in this band is probably the best “punk” vocalist I’ve heard for years. The 7 inch features four tracks and will be available later this month on RIP Society.