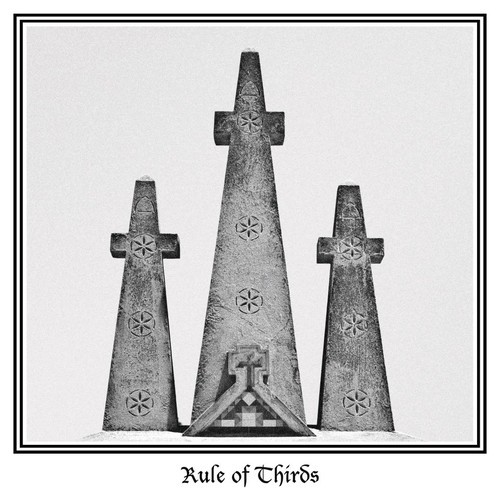 Here’s the first new Rule of Thirds song we’ve heard since their ultra-limited cassette demo last year on Major Crimes. The Adelaide group have a new 7 inch releasing soon through No Patience and Video Disease Records, and ‘Mouthful’ will feature on it. For anyone unfamiliar with Rule of Thirds, they’re an unashamedly “goth” punk band that both looks and sounds the part, though in the former regard they follow more of a Siouxsie post-punk kinda lineage, rather than say, a Projekt lineage. Which is bloody lucky, let’s be honest.

Anyway, a good contemporary parallel would very clearly be Naked on the Vague, but Rule of Thirds sound less weird and more suburban – kinda rooted in a spotlit cul-de-sac decrepitude. Whatever the case, the vocalist here betrays none of the deadpan bluntness of NoTV – it’s more harried and violent, more likely to spit at passing toddlers. Some of the guitar work is reminiscent of Jimi Kritzler’s work with White Hex too. It’s safe to say that if you like either NoTV or White Hex, you’ll dig this. An LP would be welcome.

One thought on “Listen: Rule of Thirds – Mouthful”