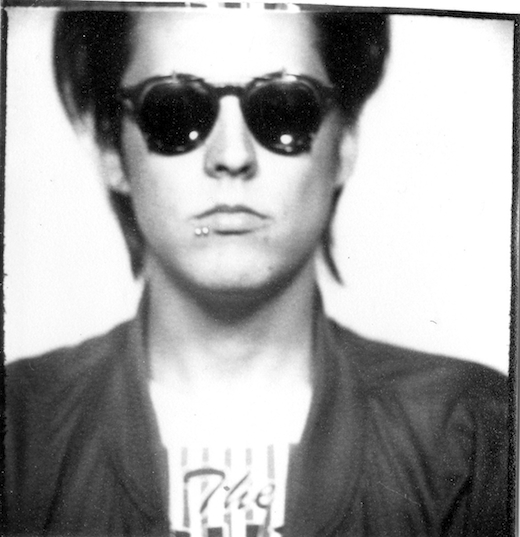 Berlin-via-Australia producer Privacy sent me his debut EP the other day. The simple techno 4/4s on Jupiter aren’t startlingly original, but they have a primal momentum that vaguely recalls a sleazy, 1980s subterranea. The soundtrack to something banned. Sonically, it’s reminiscent of Gatekeeper’s first EP, before that duo’s sound shifted into a more multimedia/”consumer affairs”/Distroid style. This is markedly more minimal, but the mood is similar. In the PR, Privacy says of the EP that it “appeared, and all full of curiosity and concern of large and heavy mass of the planet.” Which makes roughly shit all sense, but it’s evocative in a way, y’know?

Anyway, interest piqued, I sent Privacy a couple of simple questions via email. Listen to the EP and read at the same time for a true multimedia experience.

First of all, who are you?
Obviously, for Privacy reasons, I can’t tell you that.

You’re an Aussie ex-pat living in Berlin. When did you move? What did you do previous to Privacy?
I’ve been living here since mid 2010. Prior to that I was running post-punk and early electro parties in Australia.

What attracted you to Berlin?
The music scene was the main point of interest, I suppose. Beyond that, Berlin is a comfortable and affordable place with a super relaxed atmosphere. It’s a nice place to pursue your interests.

Is this the first Privacy release? What else is in the works?
Yeah, it is… and it’s one that was a long time coming. It was recorded quite awhile ago. Other than this, right now there’s not too much solid. I’m working on a few collaborations with friends, one being a track with these guys Vosper from Canada – who I’d really recommend checking out. I’m also running my party series, Void, here in Berlin… and also occasionally playing live, all-hardware, techno shows with a few friends. That one is really fun, it’s nice to bring the music away from the computer.

What influences Privacy? What kind of music do you listen to?
Mostly just Chris Isaak.

Will any other artists release music on the Void label?
Who knows? Right now the label thing is a bit of an experiment. It’s not something I really planned for, so it’s kind of nice to just give it some breathing room and see where it goes. There’s definitely some artists I’d love to work with though

Have you seen the Total Recall re-make? What did you think?
No, but I watched the original again the other week. As for the re-make… I’d rather read this.

Privacy’s Jupiter EP will release January 31. It can be ordered from Juno.