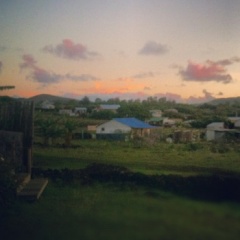 Here’s some minimal, slow-to-develop techno by Melbourne producer Lindsay Tuc, who’s previously released material through Cut Record. He’s got a new 12 inch shipping December 5 called Glassware. It’s apparently limited to a mere 10 copies, which sounds… kinda dumb, actually, but there you have it. I guess you’ll want to be pre-ordering this one. It’s also released in a digital edition, which I’d wager is limited to infinity copies.

Glassware is a very fitting name for the three tracks contained herein: it’s reminiscent of some of Ricardo Villalobos’ productions – crisp and strangely remote, with a vast array of percussive elements slowly accumulating into one very efficient piece of machinery. Probably good for dancing, but equally great for staring at the wall.