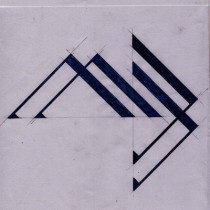 In the words of the man himself, this is “another recent jam” by Matthew Brown. It’s a little less minimal than we’re used to, managing to maintain a sense of structure and event across its five minute course rather than lulling us into a state of retro-futuristic torpor via repetitious pulses. It reinforces that Brown’s approach – while apparently rooted in analog sounds – continues to evolve.

I’ve not had the chance to see Brown perform live yet, where apparently he shines. If you’re in Sydney on December 14 you’ll have the opportunity to see him play alongside Michael Ozone, Lucy Cliche (Naked on the Vague, Half High), Pettigrew and MOB at First Draft Gallery. That’s definitely a great line-up.