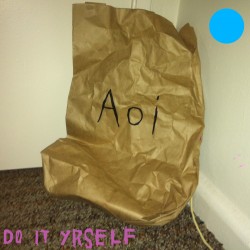 Here’s some unapologetically maximalist hip-hop from Melbourne producer Aoi, which features on a new free-to-download 16 track album called Do It Yrself. According to the email the artist sent me, someone once said of Aoi (probably on the internet) that “this guy is just amazing”, though the quote isn’t attributed to anyone so I suspect it’s the artist blowing his own trumpet. His self-confidence is inspiring.

Anyway, this track is very jaunty indeed. The b-grade 1980s horror references don’t really extend much further than the aggressively lurid filmclip (embedded below, and featuring the infamous Scanners animated .gif), but if you ever wanted to know what toy robot warfare would sound like, with beats, and probably next to a megaphone with a similar scale to the famous Bathurst gold-panning guy, then you may find an answer in this.