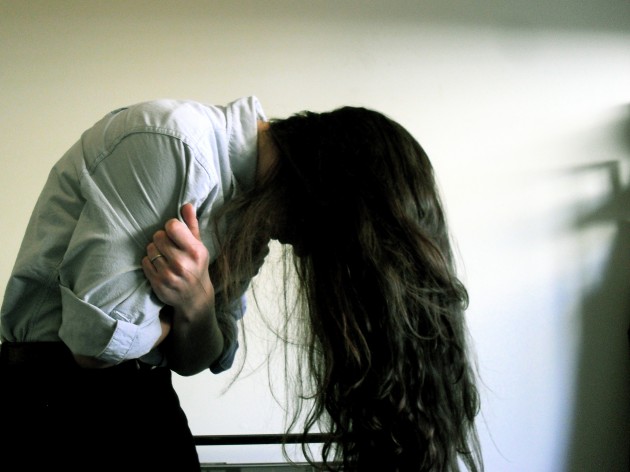 Stacey Wilson is probably best known for her work as Rites Wild, in addition to being a member of Terrible Truths. As Rites Wild, Wilson has released two cassettes and a CD-R comprising slow-paced velvet-hued pop songs, which have culminated in a forthcoming LP on Not Not Fun entitled Ways of Being. She recently released a digital album through Wood & Wire under the name Regional Curse, which is a collection of disquieting, monochrome synth-based pieces.

In addition to these, Wilson also plays as Comfort Zones and has just launched a new label in the form of Heavy Lows, which boasts forthcoming releases from the likes of Beige Abrasion, Legendary Hearts and Major Crimes, among others. In the below interview, conducted over a couple of emails, Wilson discusses Rites Wild and Regional Curse, explaining the factors that separate the two, and touching on the formative experiences that have influenced her languid, calmly repetitious take on pop music.

What is the purpose of separating Rites Wild and Regional Curse? Is it solely a difference in sound that distinguishes them?
To me they are really different projects. Regional Curse predates Rites Wild by a couple of years, although I used to just play under my name. It was the first time I’d recorded and played live solo, which was initially terrifying as I’d only played in bands before that. Regional Curse comes from a much darker place, it feels quite sinister to me. It’s a heavy zone. I emailed my last Regional Curse album to some friends with the tagline “the sounds of poor mental health”. I’m trying to be a bit lighter with Rites Wild, more poppy. Rites Wild has a sense of hope about it, but Regional Curse is completely doomed.

Why did you call the project Regional Curse?
I grew up in a small town in country South Australia. Most of my family live there, and have done for five generations. It’s a beautiful place, but it’s also insular, racist and bigoted. The people are happy, though, because the world within a world that they have created is perfect for them. It’s not challenging, everyone falls in line, you know [what] your place is and what “normal” is. The curse is that you’re happy so long as you don’t question anything or anyone. Once you do, you’re done. It’s broken. There’s no turning back.

The Christian high school I attended was soul-crushing. The daily ritual of authority figures condemning you to a fiery hell for your “abnormalities”. Homosexuals and paedophiles are one and the same, that kind of thing. I couldn’t wait to get out. I escaped by doing student exchange in Germany for a semester. After I got back shit really hit the fan and I ended up leaving that school and moved to Adelaide when I was 16.

Was there a particular instance where you did question or challenge the norm in your hometown?
Not one particular instance, more just a culmination of experiences. It’s hard to explain without going into detail, which might be a complete over-share. Just general run-of-the-mill disillusionment, I suppose.

What kind of sounds influenced you then?
By way of my brother’s grunge phase the first decent music I got into was Riot Grrrl, which pretty much saved my life, as dramatic as that may sound. I felt blown away to find music that made me feel like things were going to be okay. I made a mixtape with Bikini Kill on one side and Heavens to Betsy on the other and I pretty much wore it out on the school bus.

Are there any goals with Regional Curse, in terms of moods you want to create?
It’s not overly thought out, but it’s dark, and meditative in a way. Now that I’ve been doing Regional Curse for a while I don’t really have to go into recording with any themes or concepts, it just works itself out. That being said, the meditative qualities of repetition were something I set out to explore on Natural Living.

What kind of visual associations do you have with Regional Curse, if any? Have any non-audio influences played a part?
Film is a big influence when it comes to Regional Curse. I’m currently working on a new project with a different approach than usual – I’m in the process of making a short film which once completed will have music composed for it. I’d like to release that project as both a film and a stand alone album. It’ll be interesting to see how the music holds up without the imagery that informed and shaped it. In the past I’ve made videos to go along with my music but they all look pretty shit, mostly due to cheap equipment and my lack of expertise in film making.

Were there any formative experiences or events that you think may have shaped your approach to making music?
Although my parents aren’t musically inclined they were into my brother and I learning an instrument. I started playing piano when I was quite young. I hated taking lessons and learning theory but would spend most of my spare time making up stupid songs and irritating my family. In year six I taught myself to play guitar, which was a total revelation for me. I’ve never been very good socially so have always had a lot of time to myself, and because of this, music and art have always been all-consuming for me. Potentially it’s dangerous to live in your own head too much, but I’m not terribly worried.

What is coming up for Rites Wild?
I’ve been working on a lot of new stuff. I’m not sure what to make of some of the songs just yet. My general rule is just to do what feels right, but some of the new stuff weirds me out, it’s more dancey. I don’t really listen to dance music but it’s fun to make. Time will tell if people actually get to hear some of the more dubious tracks. As a complete contrast to that, I’ve also been working on some longer, more minimal tracks for an upcoming release.

I’m doing two little tours soon; four dates at the end of September including Adelaide, which will be the first time I’ve been back since I moved away. Which is a strange feeling [Wilson is now based in Melbourne]. In mid October I’m doing three shows with Xiu Xiu. In between those tours I’ll be playing the launch of my new label [Heavy Lows] with a bunch of great bands in Melbourne.

Are there any musicians in Melbourne or the rest of the country you feel you have an affinity with?
For sure, but I’m not sure if the feeling is mutual. I would never assume as much. Artists like Angel Eyes, Circular Keys, Andrew Sinclair and Major Crimes all connect with me deeply. I feel excited and inspired by the music they make.

What’s it like playing in a band, Terrible Truths, compared with having full control with your own projects?
It’s easier in most ways. Terrible Truths is always enjoyable; we’re just friends playing music together, it’s bliss. Logistically it’s tougher because Joe [Alexander] lives in Brisbane. It would be fun to jam every week and  hang out. But we do get to see Joe a lot, so I can’t really complain. We recorded an album last weekend and it wasn’t stressful at all. We did it live over two days and now it’s done, ta da. Rites Wild recording just seems to go on and on. I record at home and am self-taught so it takes much longer than it should, probably. I get really finicky and perfectionist about Rites Wild. Sometimes I wish there was another person involved just so they could say “Good enough! Finished! Move on!”.

Finally, how did the forthcoming Not Not Fun release come about? I notice with two exceptions these tracks were on previous releases. Does this mark the “end of an era” for Rites Wild? What’s next?
Last year I was in LA and played a show at a gallery, which ended up getting shut down early because the neighbour went spare at the gallery owner about the noise. But anyway, the next day I got an email from Amanda  from Not Not Fun, which she’d sent the night prior, asking where the show was, and saying that they dug the EP and wanted to put out a release for Rites Wild, completely out of the blue. The Not Not Fun release has been in the works for an age, but it’s finally about to come out. The first LP is a collection of songs from tapes I put out myself and a couple of  unreleased songs. I’ve made two more albums since then… I’m hoping the second one will be out relatively soon.

3 thoughts on “Ways of Being: Stacey Wilson of Rites Wild & Regional Curse Interviewed”