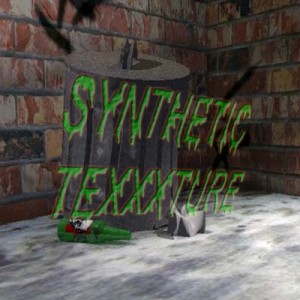 Melbourne’s Synthetic Texxture is pure dystopian decay. It’s real science fiction: gridded virtual worlds, dreamily modulating portamentos, a looped melody line that reminds us that dirt is still there, somewhere. A sense that walls are closing in, that things are coming to a head, that systems have become so convoluted as to resemble sentience. There are constant pulses in this track, but you don’t want to move to them: they’re like a distant emanation, something from the factory a block away, and the bleak piano loop is the silence it interferes with.

Synthetic Texxxture isn’t futuristic in the sense that you haven’t heard it before. There’s terrabytes of this stuff on the net. But this is especially effective, the way the mix is eerily peripheral. Maybe soon the world itself will show screen tear. Maybe the world’s anti-aliasing will fizzle out. Here are some books you should read while listening to this: