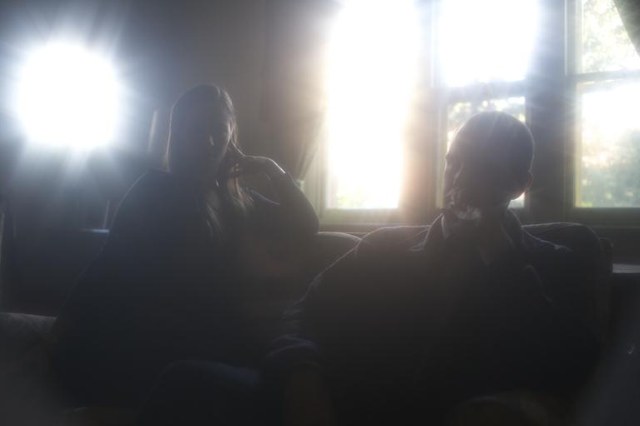 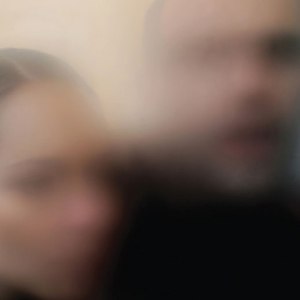 Fabulous Diamonds have lost their innocence. Where their first album, let’s call it 7 Songs, was a mere extension of the elementary nonchalance of their earlier EP –drummer and vocalist Nisa Venerosa’s caustic observations offered up in lucid fidelity over a clumsy convergence of drums, synths and saxophone –the second, Fabulous Diamonds II, was more abstracted. Representative of the legendarily combative relationship between Venerosa and band mate Jarrod Zlatic, the tension of that album’s unrelenting forward-thrust was most succinctly prefaced by a pissed-off Venerosa reproaching Zlatic for counting time too soon on record. That volatility, whether it be between band members, their divergent stylistic preferences or with their chosen instruments, is an energy Fabulous Diamonds thrives on. So what happens when that energy fades?

Naming their latest album Commercial Music and christening the track listing with actual song-titles where they could (a ‘???’ standing in for where they wouldn’t) Fabulous Diamonds’ third full-length offers a powerful sense of eye-rolling dejection. Six tracks come to 40 minutes of trundling through a mire of eerily compressed reverb that obscures Venerosa’s sharp though ever-obtuse wit, and lowers everything else into a cumulus of sounds –synthetic and otherwise. But as the Proustian adage goes, “the beauties that one discovers soonest are also those of which one tires most quickly”, which certainly applies to Fabulous Diamonds’ evolving oeuvre. It’s no longer in the lumbering synthesis of two autodidacts still figuring out their instruments that one finds a gob of fleeting pleasure, but in the compositional subtleties of Commercial Music. These are harder to find but easier to hold on to once discovered.

Always keeping their audience guessing, Fabulous Diamonds instills it with a heightened sense of confused unknowingness from the outset. Seemingly freeform though fully-composed pieces generate an overpowering sense of evasive cynicism, as slow-burning album opener ‘Inverted Vamp’ casually churns out a feeling of mundane desperation, while closer ‘Downhill’ works itself into a final fit of anxiety over a 10-minute stretch. Meanwhile, synth samples linger atop a chasm of manipulated sounds and echoes through a half-arsed duet in ‘Lothario’, while unease wavers over the delayed drumming of ‘John Song’. That track’s shrouded lyrics, now captured, reveal the truly brilliant pop inversion Commercial Music is meant to be; Venerosa and Zlatic howling, “John can’t dance no more, he’s doing ‘the face on the floor’,” as if this were the drug binger’s ‘Macarena’, Fabulous Diamonds-style.

At first glance, it’s as if the band have given up altogether; falling in line with a simulation of what Fabulous Diamonds should sound like, rather than what they do. But having moved on to various other projects since starting in roughly 2005 –namely the more electronic leanings for Zlatic and organic ones for Venerosa –Commercial Music is the most fully realised account of the duo’s contrasting aesthetic (and Fabulous Diamonds’ core strength) yet. Because even as Venerosa makes a limp-wristed effort at emulating a drum machine to suit the in vogue trend toward a fully electronic set up, luckily for us, she fails spectacularly; a testament to apathy being one’s greatest asset.